WE ARE THE VILLAGE

“It Takes A Village So We Became One” 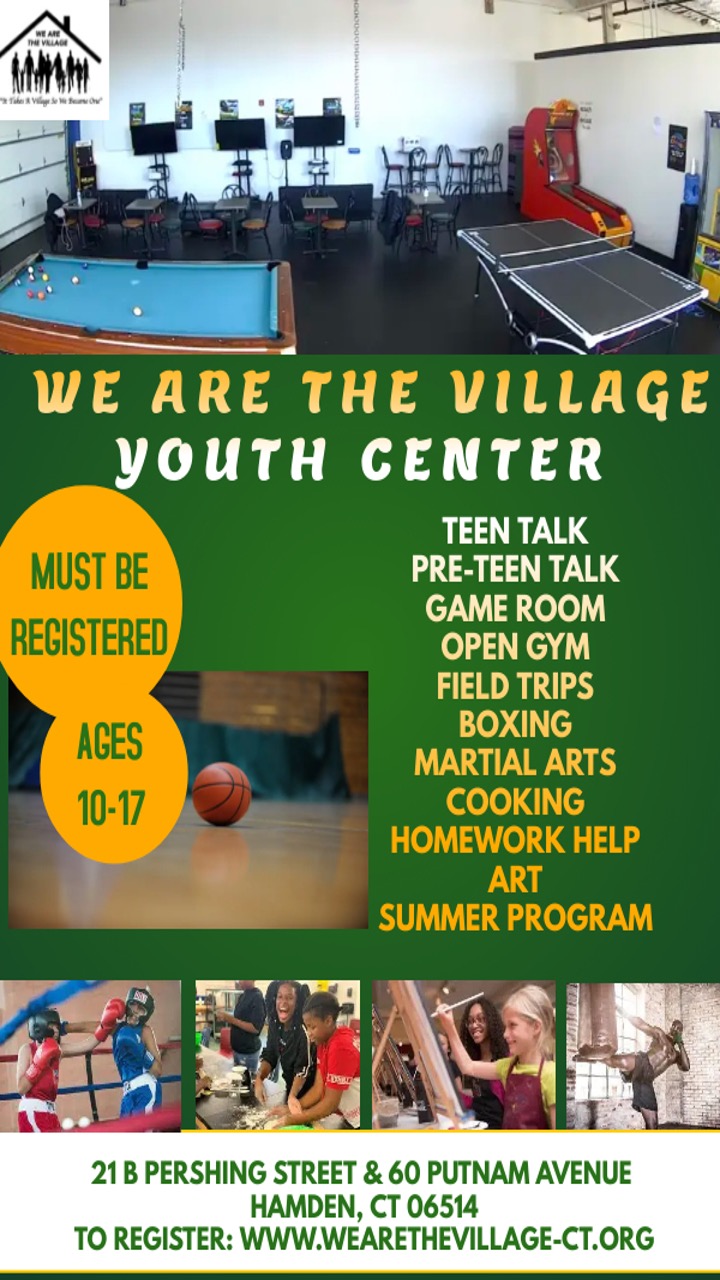 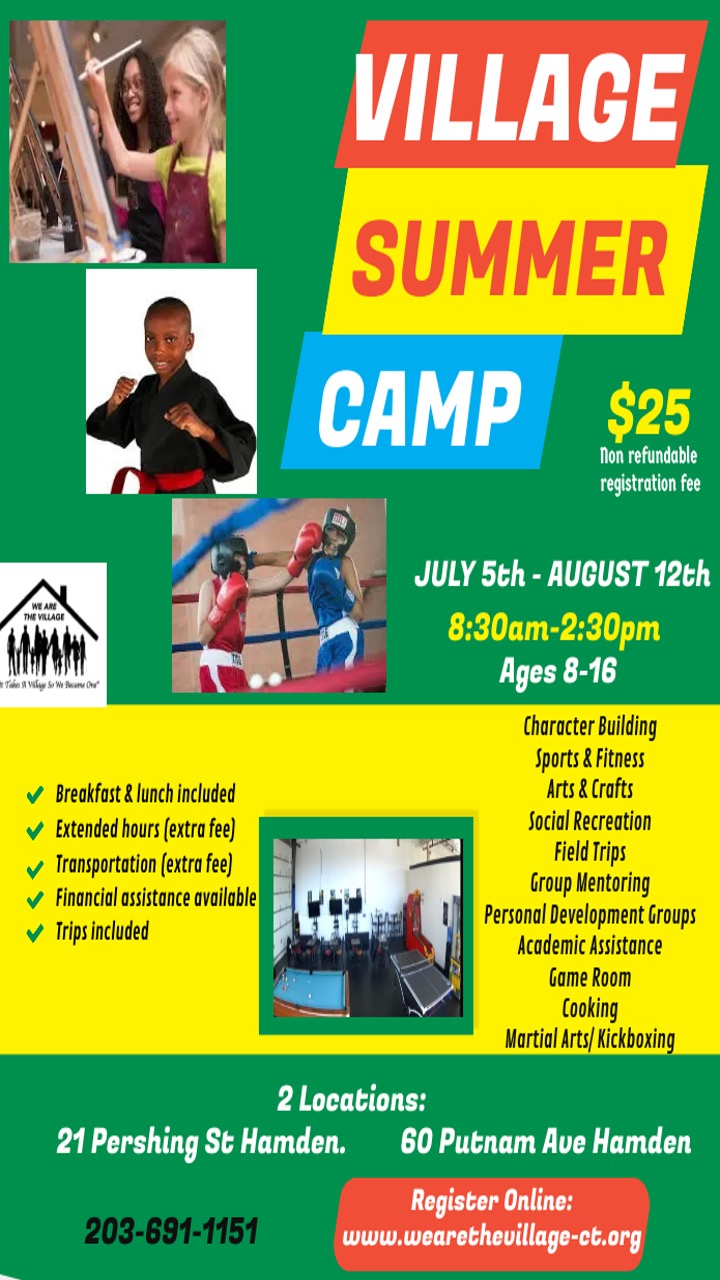 After-school programming will take place during the academic school year from 2:30pm – 6:00pm. A summer program will be in place hours tbd

Located at 21 B Pershing Street in Hamden Connecticut, The Village is a safe: secure space for youth to learn, grow and develop.

Extracurricular activities are a great way for youth to participate in a safe and productive environment when the school day has ended. That time after school is filled with ample opportunities for youth to continue their development. Getting involved in activities is shown to help children be more extroverted and responsible.

Our goal is to be a one stop shop for the youth. Not only providing a safe space for them to come hang out and interact with other youth but to be the resource center to meet all of their needs. Whether it be clothes (we will have a clothes closet), food, etc.… Our focus is to impact the life of every youth we encounter Physically, Socially and emotionally.

In 2020 Founder and CEO of “We are the Village” Melissa Atterberry – Jones recognized a pressing need for a youth after school programming within Greater New Haven communities. For many of these youth, an after-school program is their only opportunity to get help with homework, take part in extracurricular activities, learn life skills and socialize outside of school. Melissa reached out to local leaders and influencers in the community to ensure the support systems were in place. Operating under a lens of empathy this program adopted the Mantra, “It takes a Village So We Became One.”

“We are the Village”

Envision an afterschool refuge where youth can get their basic needs met. Youth that participate in the afterschool program can expect to focus on:

The increased risk of urban youth becoming involved in deviant behavior at an early age is particularly troubling, considering that one of the most consistent findings in the literature is the strong association between the age of onset of deviant behavior and the extent of later deviant activity. Research has clearly indicated that the emergence and continued occurrence of such problem behaviors among youth have been found to be predictive of future involvement in an increasing degree of intense, persistent, and severe problem behavior. Left unchecked, these negative pathways to deviance are likely to continue into adulthood, producing life-long detrimental consequences on physical health and general behavioral well-being. For urban African American youth, in particular, who are overly represented among individuals exposed to stressful life conditions associated with disadvantaged urban communities, continuation of such behaviors is especially likely to place them at high risk for adverse consequences throughout their lifetime
After-school programs appear especially appropriate in prevention efforts since research has documented that many youth are unsupervised during after-school hours , placing them at significantly greater risk of engaging in deviant and other high-risk behaviors than similar youth engaged in constructive activities supervised by responsible adults Research has consistently demonstrated that after-school programs that enable students to experience new and unique experiences through interaction with caring and concerned adults help to mitigate the impact of negative social environments.

Get in Touch. Get Involved.